Find out the latest from the news and stay updated
with Yorkie Uniforms Malta. 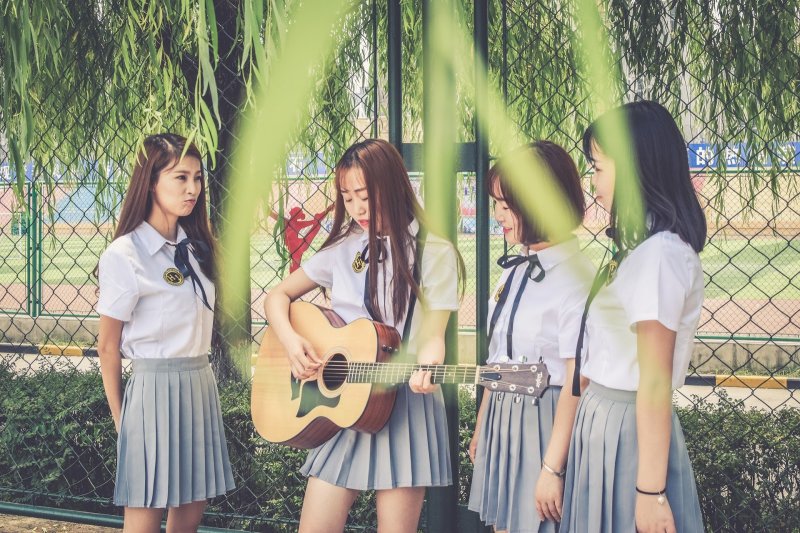 School Uniforms Throughout the Ages

Somewhere among those photo albums you store carefully away at home, there’s bound to be few pictures of you or your children standing outside the front door on their very first day of school, hair perfectly coiffed and donned in a brand new uniform. There are many reasons why pupils were instructed to start wearing a standard set of clothes to school - as a leading provider of school uniforms in Malta, Yorkie shares a brief history of school uniforms as they evolved over the years.

The exact origins of school uniforms remain uncertain, however, close estimates place the use of a standard academic dress for children in 1552, at Christ’s Hospital in the United Kingdom. Because of their appearance - a long blue trench-coat jacket - these uniforms were given the nickname “bluecoats”. The colour blue was chosen because it was thought to represent humility between the pupils; as Christ’s Hospital took in impoverished and under-privileged children, it had to made do with what it had, and at that time, blue also happened to be the cheapest dye available. This uniform is still worn by pupils of Christ’s Hospital to this very day, and the school claims it is the oldest in existence.

As school uniforms changed and adapted throughout the centuries, lawmakers and educators began to see them as a way to introduce equality among students of different socio-economic backgrounds. This was a marked contrast to beginning of the 20th century and especially during wartime, when private schools in Europe designed uniforms to differentiate themselves as much as possible from state schools.

The most pivotal decades in contemporary times were the 70s and 80s, during which fashion and culture had a great affect on school uniform design as well as societal dress codes. However, for certain countries, it was not until the 90s that girls were allowed to start wearing trousers to school like their male counterparts.

Nowadays, durability is considered to be the most important feature of a school uniform, while the overall appearance often depends on the school itself according to how casual or formal the image of the institution. Blazers and ties have also made a comeback in order to promote a professional image, which some studies have found to heighten school pride among pupils. In fact, school uniforms in Malta are thought of as a way to nourish the spirit of belonging to a educational community, along with emphasising equality between all pupils, thus improving interactions and relationships.

Here at Yorkie, we take our role as the only government approved school uniform supplier in Malta very seriously. Our mission is to put the customer first by supplying products of the highest quality and giving every person who visits our stores the utmost individual care and attention. Head over to our shop in Birkirkara or buy everything you need online via our new website.